It takes a network When Sal Garcia, founder and principal at MAS Development Group, began working as a young man he started out in construction. First, he specialized in minor renovations then expanded into building homes. That business transitioned into owning buildings the company put up. Then over the years he decided to own a lot of the developments that he was building, and MAS Development was created so he could own the assets.

The company grew and built a number of multifamily homes. But in 2007 when the market crashed, Garcia said he needed to look for a new way to continue his business. “The home market was no longer there. So what I was able to do was I jumped into the commercial market,” he said. “Somebody had recommended it, and I got into commercial retail real estate. And suddenly I acquired a few national tenants.”

Score national tenants he did – Dollar General, Family Dollar and AutoZone to name a few. Garcia said his construction background helped him acquire these large industry names. But he cited another advantage: His knowledge of urban neighborhoods.

Garcia grew up in Elizabeth and he knew that demographics could change from one block to the next.

When he started out in commercial development he understood the landscape well and started to realize that many tenants wanted to be in these urban areas and that many developers shied away from them because they did not have the same understanding that he did.

“So what I was able to do was really jump into a world that takes many years to get into and develop relationships just because I became the guy who understood the urban landscape and can get deals on in those environments,” Garcia said.

Even being the go-to urban development guy, Garcia said he had to work harder than other developers because he lacked a network. He worked hard at building his connections and developing a community. He says he was able to push himself into these relationships. “I recognized very early on that the reason that I didn’t have success so early or that I had to work 10 times harder than my adversaries or competition is because I had no network. I had to create my network with a lot of people that were already in the business, who could pick up the phone and call somebody very quickly. I had nobody to call. It was trial and error and I put my head down and had to grind through.”

Garcia built his network over time and expanded his company, maintaining a strong footprint throughout Elizabeth and Union County. Many of the projects he worked on were important to their areas and improved the lives of people in the communities.

The ground floor at Elizabeth’s Vinty will include several restaurant tenants, a coworking space and a lobby with a public cafe. – MAS DEVELOPMENT

But Garcia sought do something bigger and had a vision for a project where he could bring all of his experience together in one building. He wanted to put his construction, multifamily, retail and office experience to work in one place at the same time.

That vision became Vinty, a 267-unit apartment complex in Garcia’s hometown of Elizabeth. Vinty, short for Vintage City, is a celebration of Elizabeth’s 350-year-old history and will consist of four stories of wood frame residential units atop a podium parking garage with more than 37,000 square feet of ground floor retail and office space.

What is really going to be special about Vinty is the impact it will have on the community. Elizabeth is New Jersey’s fourth-largest city and after the 2020 census it will most likely become the third, surpassing Paterson. However, Garcia says even for such a big city Elizabeth really is a small community. Everyone knows each other, everyone gets involved and there’s just a sense of family.

That sense of togetherness was on display to the nation when Elizabeth’s Elmora Troopers little league team made a run to the third round in the 2019 Little League World Series. The Mid-Atlantic champs lost to eventual champion Louisiana. They were cheered by fans across the country, but none was more proud than their coach – Sal Garcia – who was overwhelmed with the outpouring of support from the city, county and state.

“Everybody came behind the team and we got so much attention on ESPN and across the news. One of the main reasons was because Elizabeth was like this big community that everybody came out for and thousands of people came to support these kids and support our team.”

And that, Garcia said, is what he sees in Vinty. “What I plan to do is to create an environment where we can help people in these urban areas create a network. And you say, Well, how do you create a network with the building? But we have office space. We have retail, we have restaurants. And we will create ways for our villagers to connect to the community.”

Garcia said a lot of new developments in urban areas become islands where people stay in their building most of the time and they don’t get out to socialize or meet their neighbors and then they just get on their train or in their car and leave.

To Garcia, Vintage City harkens back to times when a neighborhood was a community. To facilitate connections Garcia plans to have businesses host networking events for local groups and nonprofits. For example, the local culinary school could take over the demonstration kitchen on the grounds and allow diners to use their connections to help the students get ahead. “What I hope to create is a good network for a kid from an urban city who would never have had that opportunity.”

Garcia wants businesses to offer workshops that can create connections for underserved kids. He believes that businesses that take up office space can benefit financially, but also give back to the community.

Another feature that Garcia is excited about is a rooftop greenhouse in Vinty’s courtyard. Not only will residents be able to grow their own vegetables but he intends to have the nonprofit Ground Works Elizabeth run the greenhouse and work with the kids in the city who want to learn about agriculture.

Garcia said all of Vinty’s spaces are designed to offer opportunities for connections. “Everything is designed for interaction among people,” he explained. We’ve created a centralized bathroom system for the restaurants. So if you leave one restaurant to use a restroom, you might pass by the other restaurants and say ‘I’m going to try that one tomorrow,’ which is also connected to the office.”

Garcia believes that people want to be a part of a community. He also knows they want to feel safe and maintain a certain lifestyle. And he thinks the community always finds a way to give back when needed.

Vinty is slated to open its apartments in May 2021 with the restaurants scheduled to open at or around the same time. 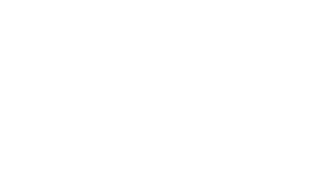